Romance of the Three Kingdoms

Afterburner, the arcade game that thrilled young and old alike when it was released. With a hydralic seat and its flight control stick with a Vulcan cannon and missiles at your command. This was a decent conversion of Sega's arcade hit ported to the PC. The game is viewed from behind the plane with you fighting wave after wave of enemy fighters. 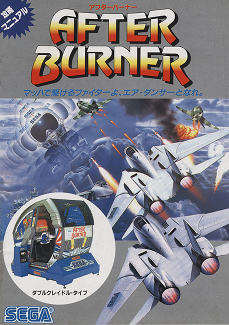