Ace of Aces is an old World War II flight simulator offering some neat features for its time like multiple cockpit views and fairly good use of bitmaps. However, it's more of an arcade game with flight-sim like missions. I have fond memories of playing this game on my Schneider CPC back in 1987, spending hours and hours to decipher the English manual. Of course, as a nine year old I had no clue about that language and only a dictionary to translate it. The 8-bit computer versions of Ace of Aces are quite better than this CGA IBM-PC conversion, so play this one for nostalgia's sake only :) 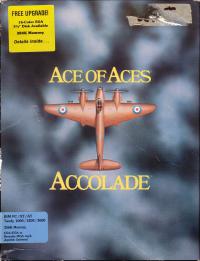